Vacation for Goths by Goths

Vacation for Goths by Goths

Let's book the vacation you deserve 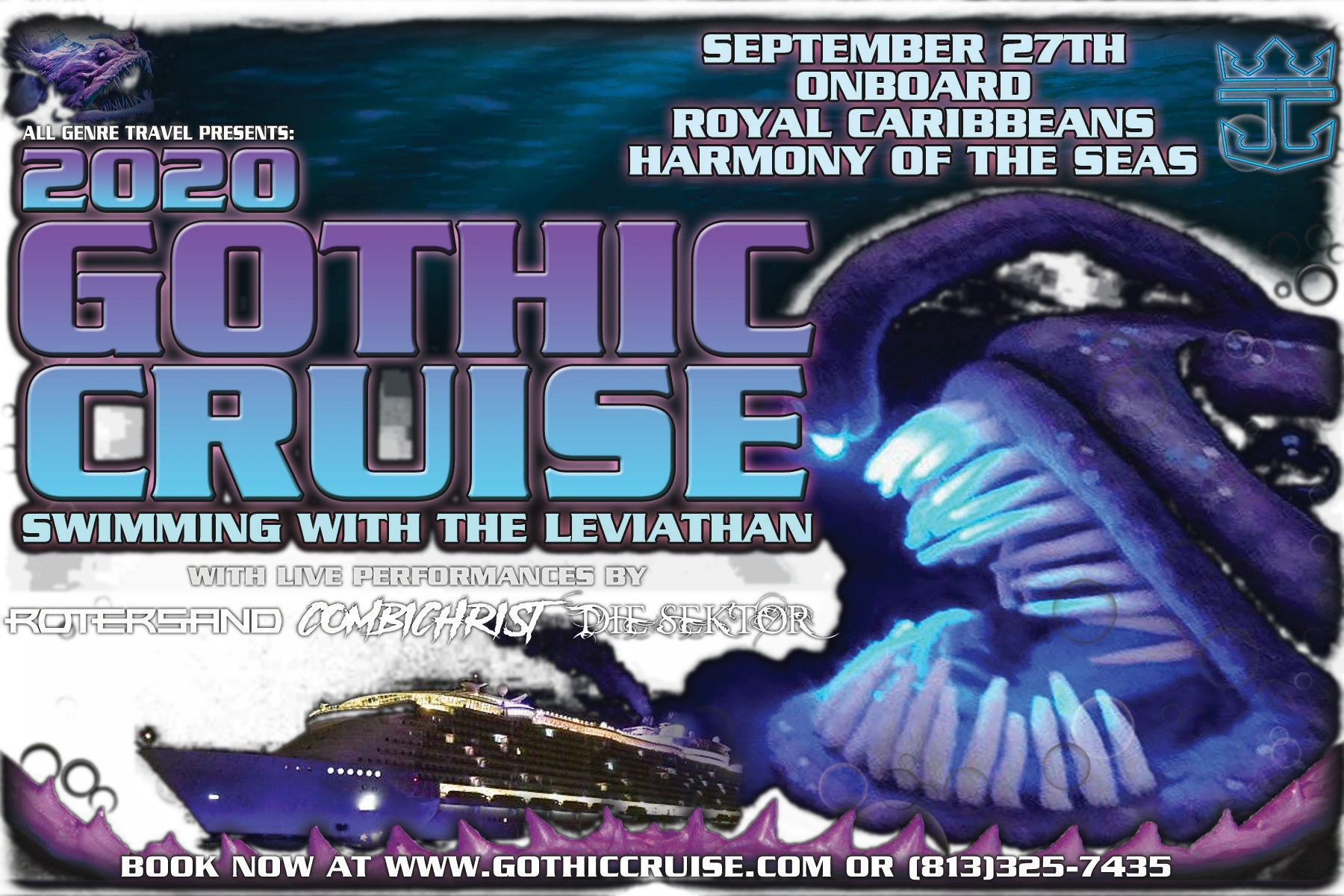 The 2020 Gothic Cruise Swimming with The Leviathan

Harmony of the Seas (Largest cruise ship in the world)

Rotersand is a German electronic music act, formed in September 2002 by musician/producer Gun and singer Rascal with dance music producer/DJ Krischan J.E. Wesenberg joining them shortly after. Rotersand's music can generally be described as futurepop; the band themselves refer to it as "industrial pop".

Combichrist is an American aggrotech/industrial metal band formed in 2003 by Norwegian vocalist Andy LaPlegua, who also founded the bands Icon of Coil, Panzer AG, Scandinavian Cock and Scandy. Combichrist was formed in Atlanta, Georgia and is now based in Englewood, Tennessee. The band consists of only LaPlegua in the studio, with a changing lineup of live performing members. Releases by the band have been very successful in terms of sales and charted in top positions for dance and alternative charts worldwide.

Die Sektor is the creative outlet of Scott Denman, Alan Smith, Daniel Gant and Edwin Alter. Founded in 2003 by Scott Denman and Daniel Gant, Die Sektor began experimenting with electronic music. In 2004, the 5 song demo "Scraping the Flesh" was recorded, sent out and put up for download, simultaneously acquiring a deal with NoiTekk and a chart position on the DUC.

Clash of our Titans! (Greek Mythology Monsters, like Leviathan)

Be the first to hear about upcoming trips, exciting destinations, and fun activities!

Home of The Original Gothic Cruise